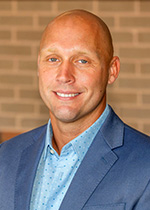 Taco holds a Master of Public Administration (MPA) degree from Florida Gulf Coast University and two Bachelor of Business Administration (BBA) degrees from the University of North Florida; a BBA in Business Management and a BBA in Transportation and Logistics. Taco also holds professional accreditation as a community planner through the American Institute of Certified Planners (AICP) and is a ‘full member’ of the International City/County Management Association (ICMA) and the Florida City/County Management Association (FCCMA), a member of the American Planning Association (APA), and the Urban Land Institute (ULI).

Taco not only brings local knowledge to the County Manager position; he also brings15 years of local government experience. Of the 15 years, seven years were spent in supervisory roles with the last five years being in management where he served as the County’s Director of Planning and Economic Opportunity and then as the Assistant County Manager. During that time, Taco has been instrumental in fostering a collaborative, community-based approach to governance that places quality of life and generational sustainability at the apex of decision making.

On the personal front, Taco resides in Yulee with his wife of 10 years, Amy, and their two sons. Taco has also been involved in athletics throughout his life. He was one of the founders of the Yulee Basketball Association and has coached numerous youth basketball teams. In the late 2000’s, Taco represented the USA as a member of the USA Tomahawks (now the USA Hawks), the USA’s representative team in the Ruby League, for three years. He earned several international appearances including three Atlantic Cup Championships and a World Cup Qualifying match. He also played six seasons in the AMNRL/USARL with the Jacksonville Axemen rugby league team and was placed into the Jacksonville Axemen Hall of Fame in 2015.