The Florida Governmental Utility is aware of recent fraudulent e-mails sent impersonating FGUA representatives. Links in these emails may contain malicious software used to access your system. To prevent exposure, do not click or download links from unknown sources. For more information on our efforts to address this concern as well as efforts you can take to protect your electronic devices, please click here.
Most Viewed
Available Topics

Welcome to the FGUA Knowledge Base 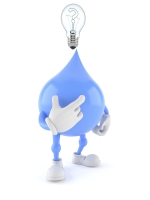 Why are your rates high?

As a non-profit government authority, the FGUA recognizes that some of its systems’ rates may be higher than neighboring utility systems. The driving factor for FGUA systems with higher rates is debt service and economies of scale. Many systems that the FGUA acquires are previously, private-owned investor utilities. The cost to acquire these systems from private, investor owned companies and bring them under government ownership (debt service) is very expensive. Despite this expense, when the FGUA acquires a system, this is usually a relief for many residents since many investor-owned utilities tend to have even higher rates and/or lower levels of service.

To mitigate the impact of rates on customers, the FGUA utilizes competitive private sector operations contracts. This helps to reduce costs for customers since the FGUA is able to reduce overhead costs typically felt by other public entities like health benefits or pension funds, all while providing the level of service that citizens have come to expect from their local governments. We also constantly look for creative ways to reduce our expenses, such as refinancing debt service. In some instances, when finances permit, we’ve actually been able to pass those savings on to customers in the form of a rate reduction.

Moreover, since the FGUA is a non-profit government entity, any additional operating revenue that is collected is never distributed as a profit. Instead, these monies are set aside and put into a rate stabilization fund, which assists with preventing unnecessary rate increases for customers.